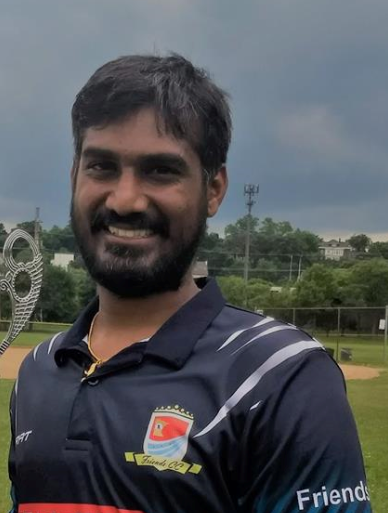 Ambrish Vel scored 2 back to back centuries leading his team to the MCA Premier Division final.

Ambrish one of the top wicket keepers in the MCA league agreed to play for friends cc for 2018, which was exciting news for the club which further strengthen the batting line up and skills he bring to the table.

He started T20 season with couple of short but I must stress important knocks throughout the T20 season. But more important is the value he brings in for the team behind the stumps is incredible. His 40-40 season started with few soft dismissals and was trying to find his luck. I always had faith in him and what he can deliver in the important game and it just came at the right time.

Last league game vs Lions which was important to us for deciding the ranking in the knock out came is 1st century of the season with unbeaten 138 n.o and more importantly it was chance-less innings against quality lions bowling line up. It helped friends cc to finish at no. 3 in the league and earned a spot in the playoffs.

Then in semi’s, which is a knock out game, he came to bat in a pressure situation where he started his innings with a huge six and counter attached the GMCC bowlers and completely gained control of the game and put pressure on the bowlers. His back to back 2nd century really helped friends cc pushed the score to 260.

I must say quality hard hitter batsman like Ambrish once gets going he is unstoppable Cruises through his innings. Now it’s time to see if can he get is 3rd in the row in the finals ..? Absolutely yes that’s what I and friends cc is hoping for ..!

MCA is a Proud Sponsor of Washburn Games